Twincedar Ed’s CD comes from a very popular breeding that produced hunting companions for many years, Ed’s Fredrick Too x Twincedar Bullet’s Auburn. CD is from a long line of John Edwards bred dogs and also has 32X NSTRA and 6X American Field Champion Nolan’s Last Bullet on one side of the pedigree and National Champion Piney Run Sam on the other. He is a high energy, but biddable and loving talented hunting companion. 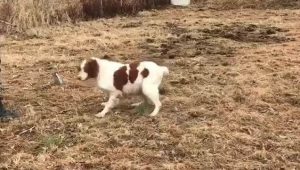 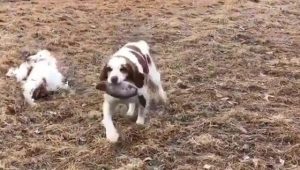 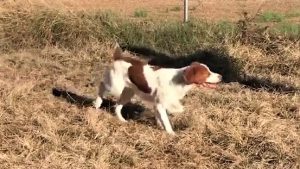 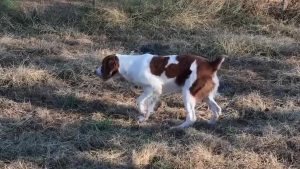 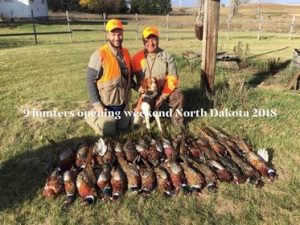 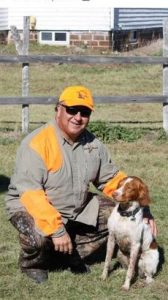 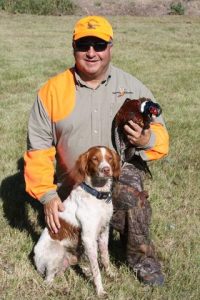 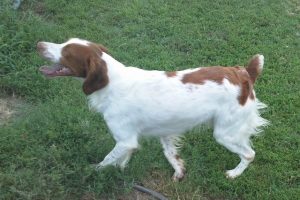 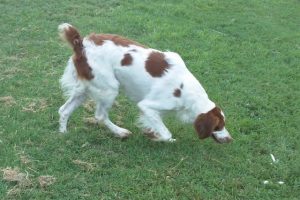 Roy is a very nice dog with a lot of style and intensity and a huge amount of natural ability!  He has a great temperament and loves to please both in the field and at home.  Take a look at Roy’s pedigree below.  It reads like a who’s who list in the Brittany world with 5 NATIONAL CHAMPIONS in a 4 generation pedigree!  What an incredible dog with the lineage to back it up! 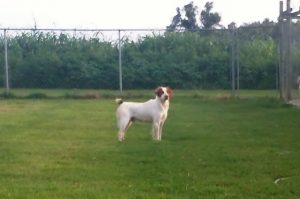 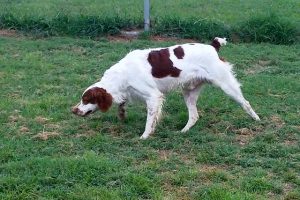 Bobo is a very nice addition to the Brittany stud dogs here at Twin Cedars Kennel.  He is a naturally gifted bird dog with superior intelligence, tremendous drive and all of the God-given talent that a great bird dog needs to succeed.  This dog is special!  Bobo can make the best dog of any breed look average.  He has style, intensity and athleticism.  Take a look at Bobo’s pedigree below.  The cross between the John Edwards line and other Brittanys that have proven to be some of the greatest dogs of all time will explain  Bobo’s talents. 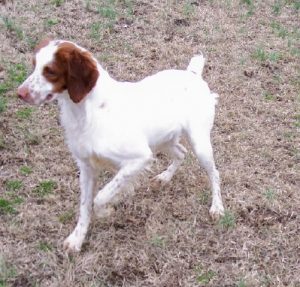 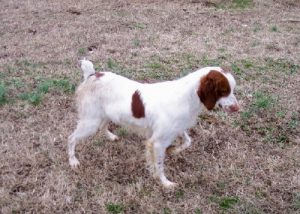 Ed’s Fredrick II, Deuce,  is a great stud dog out of some of the most proven breeding stock available.  These dogs have been placed all over the United States on a variety of game birds, in a variety of terrains, and a variety of venues.  Hunters, trainers, and spectators from coast to coast have been impressed with the performance and temperament of these Brittanys under any circumstances. 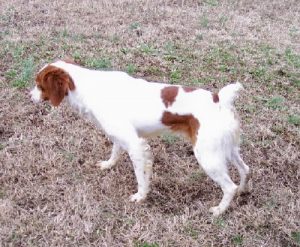 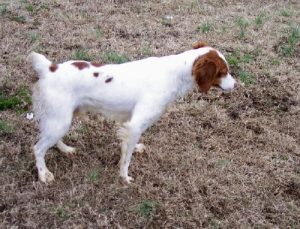 Flash is a young stud dog that we have added to our breeding program because of his exceptional ability.  Flash has excellent scenting ability, a great temperament, lots of bird sense, and great conformation.  Flash is very snappy and quick and looks good on the move or on point.  Flash is from a proven breeding that has produced many great bird dogs

Twincedar Bullet’s Twist is a son of 32X NSTRA and 6X American Field Champion Nolan’s Last Bullet. He exhibits many of the same characteristics as his famous dad Including his extreme intelligence, natural bird sense, athleticism and scenting ability. However, don’t overlook Twist’s mother’s side of the pedigree. She is out of DC AFC The Whiz Kid, who is out of one of the best Brittany performers and producers of all time, FC AFC Hi Proof Rum Runner. 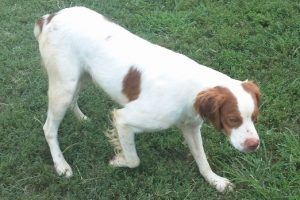 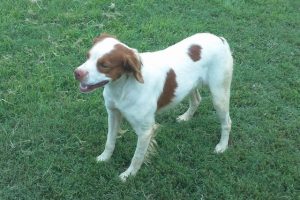 Zeb has been a natural bird dog from the beginning with natural bird sense and all of the other tools necessary for a good bird dog.  Zeb is also very animated and has that unmatched personality so common in the Brandi offspring.  As with our other breeding stock the pedigree matches the ability and talent! 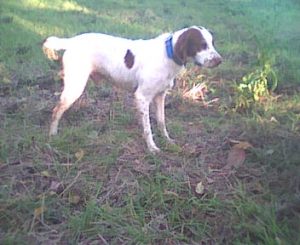 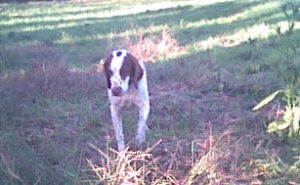 Fredrick is a proven stud dog from a well-developed line breeding program. Fredrick has a very good nose and an uncanny ability to work the scent cone. He hunts hard and fast and at a very acceptable range.  He has sired many outstanding pups, both here at Twin Cedars Kennel and at his former home in North Carolina.