This page is dedicated to the outstanding performances in competition of individual dogs purchased from, produced by, or owned by Twin Cedars Kennel.  Although most of our dogs are used as hunting companions, some owners choose to show off their dog’s natural abilities and their training and handling skills in a variety of competitions, once again proving that these dogs are capable of doing both.  If you have purchased a dog from us and have placed in competition please advise us of the details along with photos so that we can add you to the Winner’s Circle. 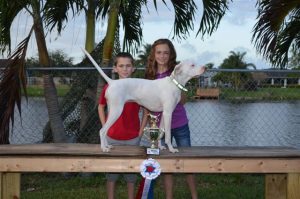 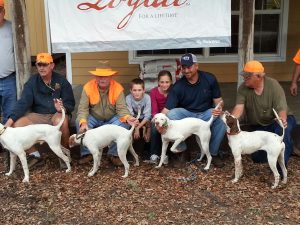 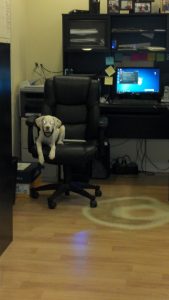 I entered Fergie in the Quail Forever Wild Bird Classic at the Cecil Webb Field Trial Area in Punta Gorda, Fl.  There was thirty dogs entered in the trial.  These were all seasoned dogs that have done many trials and had many birds shot over them. Fergie being the youngest dog there I just wanted her to find one covey and have fun watching the other dogs. No expectations but I knew she was capable of competing especially in that area because they have so many more birds there than the area we hunt.  She has found two nice coveys in our area where the Quail numbers are very low so she’s used to working hard for it. Saturday she drew to run at noon which was no problem for her she is in great shape and will hunt as long as I let her even in the Florida heat.  She had a great ground race and found a twenty bird covey with a very stylish point, front leg up and tail straight to the sky.  The judge asked me how old she was and I told him she would be a year on the 11th. He told me I had one heck of a good bird dog.  That night they announced the top 12 dogs for the one hour championship braces on Sunday and Fergie made it in.  All of the dogs found birds on Sunday including Fergie.  She looked like a pro the compliments keep coming in on my pup.  Then something happened I never have seen her do.  Her brace mate cut in front of her and went on point. The judge yelled out not to let her in on the other dog  so I gave her a whoa command and she stop about 30 yards behind that dog backed perfectly. The judge later told me that he was more impressed by that back than her find. I was to because she’s never hunted with another dog.  She never stops impressing me.  So with all of that she won 3rd Place and her first trophy. Not too bad for a young dog and a handler who has never owned a bird dog.  I just went on YouTube to learn a few things but Fergie has so much natural ability it all comes easy for her.  Everyone there knows about your kennel know. In fact the guy that won came up to me and said that if I ever breed her that he wants a pup. I told him to check your website because I’m not getting into breeding.  Thank you for everything! 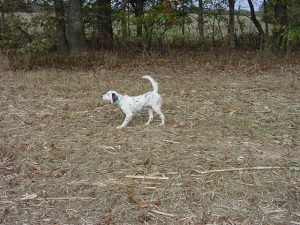 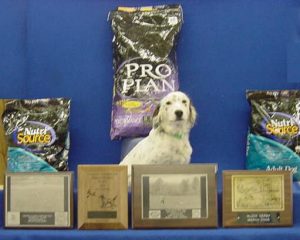 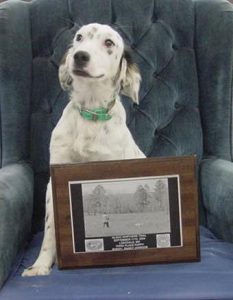 Buddy is out of a breeding of Highway Dan and Twincedar Rhett’s Tara.  Buddy entered his first trial at the age of 10 1/2 months old and was handled by Lloyd Jones of Louisville, KY.  He won third place in the Puppy class in his first trial at the NLGDC Northern Trial on September 11th, 2004, in Lonsdale, MN, in the extreme heat and the first time that Lloyd had handled him in the field.  Buddy is very quick and athletic, has excellent scenting ability, lots of style, and as you can see, he likes to show off his hardware.

UPDATE:  Twincedar Buddy has competed in his second Llewellin Trial.  Buddy won second place in the Derby class at the Central Illinois Llewellin Trial at Mechanicsburg, IL, held on October 23rd and 24th, 2004.  It has been reported that Buddy entertained the spectators with his athletic ability and slashing style.  Thanks again to Lloyd Jones for an excellent handling job.

UPDATE:  Twincedar Buddy won first place in the Roy K Sparks Jr. Memorial Derby class.  Buddy was handled by Jeremy Johnson who was competing in his first trial.  The trial was held at the Hamilton County Conservation Area near McLeansboro, IL on March 5th 2005.  Jeremy and Buddy had to beat out some tough competition to get this exciting win and Buddy had the highest scored retrieve of the trial.

UPDATE:  Twincedar Buddy won first place in the Midwest Llewellin Shooting Dog Stake.  Buddy was handled by Jeremy Johnson.  The trial was held at the Hamilton County Conservation Area near McLeansboro, IL on March 11th 2005.  Jeremy and Buddy had to beat out some seasoned veterans to claim this win.  This was recorded as an American Field win and the AF judges were very impressed with Buddy’s style. 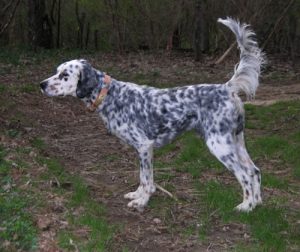 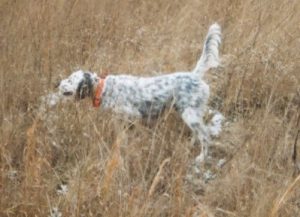 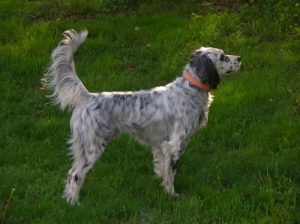 Buddy is out of Twincedar Buddy who is known to produce classy, hard working, natural bird dogs that are competitive no matter what the situation is!  Jerry has obviously done an excellent job of training and handling Buddy and we wish them continued success.

Only a PARTIAL list of  My Way Buddy’s – Trial Achievements: 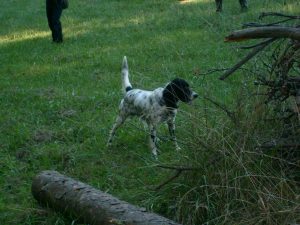 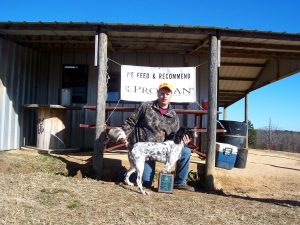 Dan is a typical pup out of the very popular cross of Twincedar Highway Kate and Pack’s Poorboy (Bo). Pictured below is Dan and Shane with Dan’s first NSTRA placement at Bethel Springs TN at 20 months of age.  Congratulations Dan and Shane!  Keep up the good work. 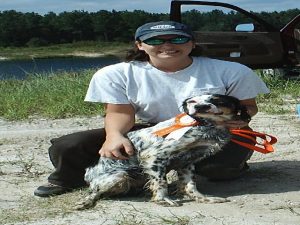 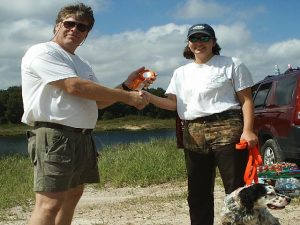 Poncho is out of a breeding of Highway Rex and Twincedar Rhett’s Prisy.  Darcie obviously did an excellent job of handling Poncho to his Senior Puppy Hunting Test achievement at Charleston Pointing Club under difficult circumstances.  If you look closely at Poncho you can see the swelling in his face from a bee or a wasp sting.  Even with this obstacle Poncho was the class of the field while earning his award.  The competition better watch out when Poncho is 100%!